The TV comedy The Beverly Hillbillies followed the story of the Clampett family, starring Buddy Ebsen as new millionaire Jed Clampett. It became legendary, and today, there is only one member of the main cast that is still alive: Max Baer Jr., who played Jethro Bodine.

Max Baer Jr. had quite a remarkable career, especially considering how he got the part in Beverly Hillbillies. Today, he’s 84 years old, and after his acting career, he became a professional golfer.

Baer was married to Joanne Hill from 1966 to 1971 but never had any children. Max never became a father – and in fact, there is an explanation for it. He never wanted to become a dad for one sad reason.

Max Baer Jr. was born December 4, 1937, in Oakland, California. He is the son of boxing legend Max Baer and Mary Ellen Sullivan.

Besides being a celebrated star on The Beverly Hillbillies, Baer had a great interest in sports, just like his father. Unfortunately, Baer’s dad passed away in 1959, at age 50.

Baer didn’t become a boxer, but he played professional golf, participating in several tournaments in California. In 1968, Max Baer Jr. teamed up with professional golfer Charlie Sifford, with whom the actor won the pro-am division of the Andy Williams Golf Classic in San Diego.

But even though Baer thought of himself as a golf player foremost, he turned out to be a great actor.

This is the story of the man behind Jethro Bodine – a character people in Hollywood never wanted to let go of.

It wouldn’t be long before Baer made his debut as an actor. His first role was in a stage production of Goldilocks and the Three Bears at the Blackpool Pavilion in England in 1949. Later, it was just a mixture of coincidence, luck, and a great self-confidence that landed him the role of a lifetime in The Beverly Hillbillies.

Baer was raised in Sacramento and later moved to Santa Clara, California. He earned a Bachelor’s Degree in Business Administration from Santa Clara University in 1959, but only a year later, he would find himself standing in a parking lot in Los Angeles.

According to a 1999 article in People Magazine, Max Baer Jr. decided to ride his motorcycle to Los Angeles the year after graduation. He ended up in the Warner Bros. lot, where an executive thought he looked like James Garner.

Baer was discovered, and he decided to give acting a chance. Soon after, he signed his first one-year contract, despite knowing nothing about acting — he just thought he might as well go for it.

He scored small parts and guest roles in television, appearing in television series such as 77 Sunset Strip, Maverick, and Hawaiian Eye.

Even though his career wasn’t skyrocketing, he decided to stay in the business. Soon enough, he found himself the most significant gig he would ever land: a sitcom about a country bumpkin family getting rich off oil.

Following an open audition, he scored the role as Jethro Bodine in The Beverly Hillbillies, earning $1,000 for the pilot and $500 the following show. 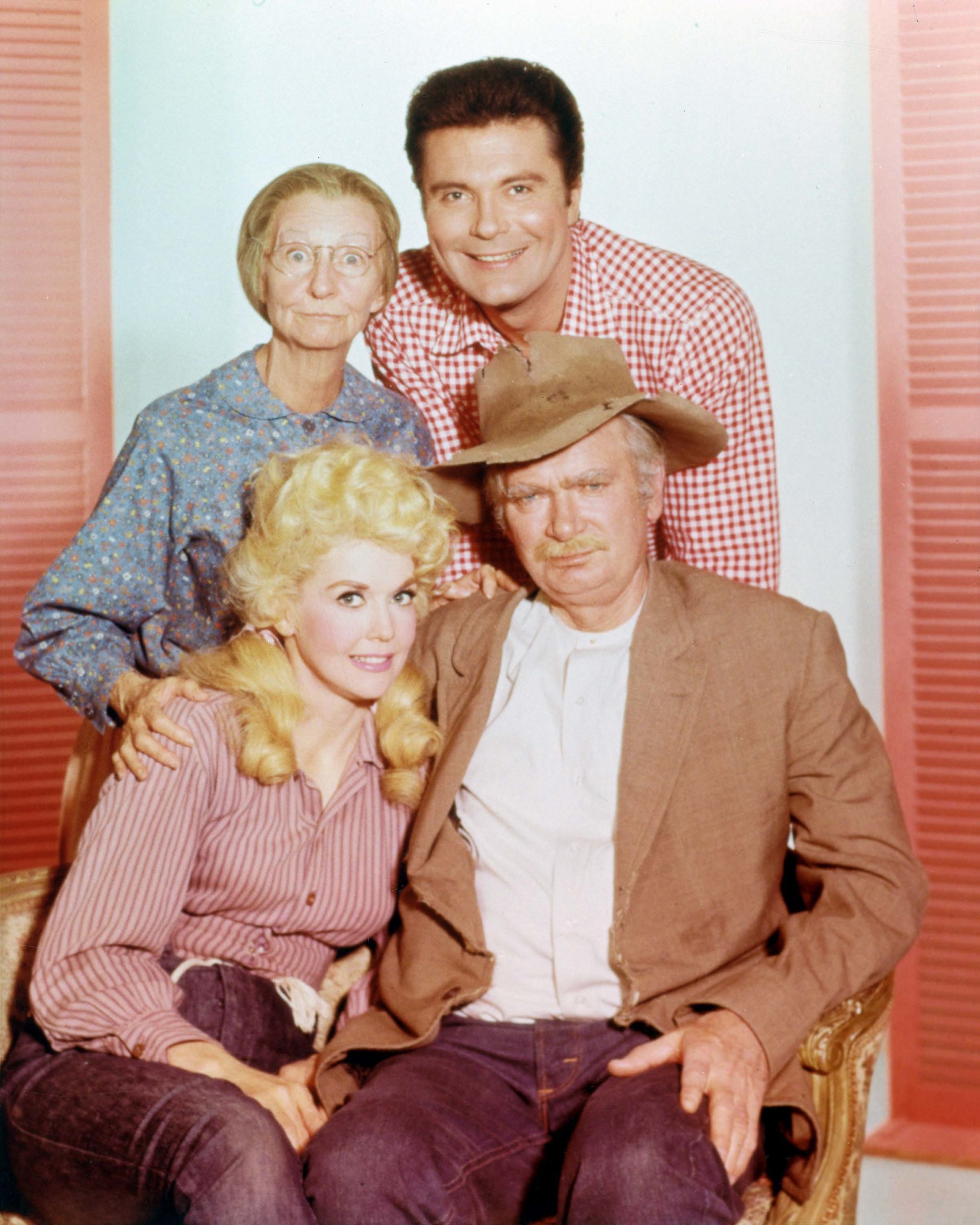 “When you play a role like Jethro, it’s for other people to judge because it’s pretty hard to be subjective or objective about yourself,” Baer told Medium.

Huge success – but no big salary

“You just do the best you can with the material that you’re given, and then you try to add to it [with your performance] as much as you possibly can. But in the end, it’s the audience who has the final say. Well, we liked what you did’ or ‘We don’t like what you did.’ And you really don’t have any other way of evaluating it.

The Beverly Hillbillies was a huge success, but Baer never earned more than $800 per episode, though he held a very special place in the hearts of the American TV public. Towards the end of the show, however, Baer and his co-stars earned about $4500 an episode.

Max Baer Jr. knew he was doing a good job and, most importantly, getting people to laugh.

“You have to perform well. And, in my case, if I have made the people laugh and even if they can laugh at my expense, it’s okay. I don’t care,” Baer said.

“They can laugh with me or at me. It doesn’t matter, just as long as they laugh. Because if I can make them laugh, then I believe that my performance was a successful one. I can’t evaluate it as to what degree of success it was. But I can say it did what it was supposed to do.”

Who is Jethro on The Beverly Hillbillies?

The Beverly Hillbillies was an instant success when it aired in 1962. According to IMDB, it rose to the No. 1 spot quicker than any other show in television history within the first three weeks after its debut.

Television audiences loved the show. It ran for 11 years, with a total of nine seasons and 274 episodes before being canceled in 1971.

The Beverly Hillbillies got nominated for a Golden Globe Award for Best TV Show Comedy in 1964, in addition to four Emmy nominations.

As for Max Baer Jr’s character, he had a goofy year-to-ear grin. His laugh made everyone else laugh, and, above all else, he made everyone believe his character Jethro Bodine was real.

Max had practiced his backwood accent by listing to Andy Griffith and Jonathan Winters records. He was able to couple this with maintaining a constantly stupid look on his face, which had fans laughing.

He starred in 274 episodes – but found it impossible to pick a favorite.

“Oh gosh, no. There really isn’t. You know, when you play a character, it’s so repetitious,” Baer told The Five Count on KMSU Radio.

“Anyway, I really don’t have any favorites because you’re playing the same character over and over. And it’s pretty hard to pick out who you really like and who you don’t. I mean, which one, which particular episode out of 274?”

Max Baer Jr. was an American comedy icon while portraying the country bumpkin Jethro. Not only that, but the show gave Max his big breakthrough.

Sadly, his life after the show didn’t turn out as many would’ve thought.

In 1993, a feature film adaptation of the classic TV show aired, with a cast including Dolly Parton. But, unfortunately, it didn’t achieve quite the same level of success. Although, to be honest, how could it be after they had cast someone else in the role of Jethro?

Celebrated actress Donna Douglas played the role of the mountain beauty Elly May Clampett on The Beverly Hillbillies. Speaking in 2013, she praised Max Baer Jr. for his outstanding role as Jethro, who might not have been seen as the brightest bulb in the bulb box.

“Max Baer did well as Jethro because he didn’t come across as so dumb that you didn’t like him,” she said according to the book Dashing, Daring, and Debonair: TV’s Top Male Icons from the 50s, 60s, and 70s. 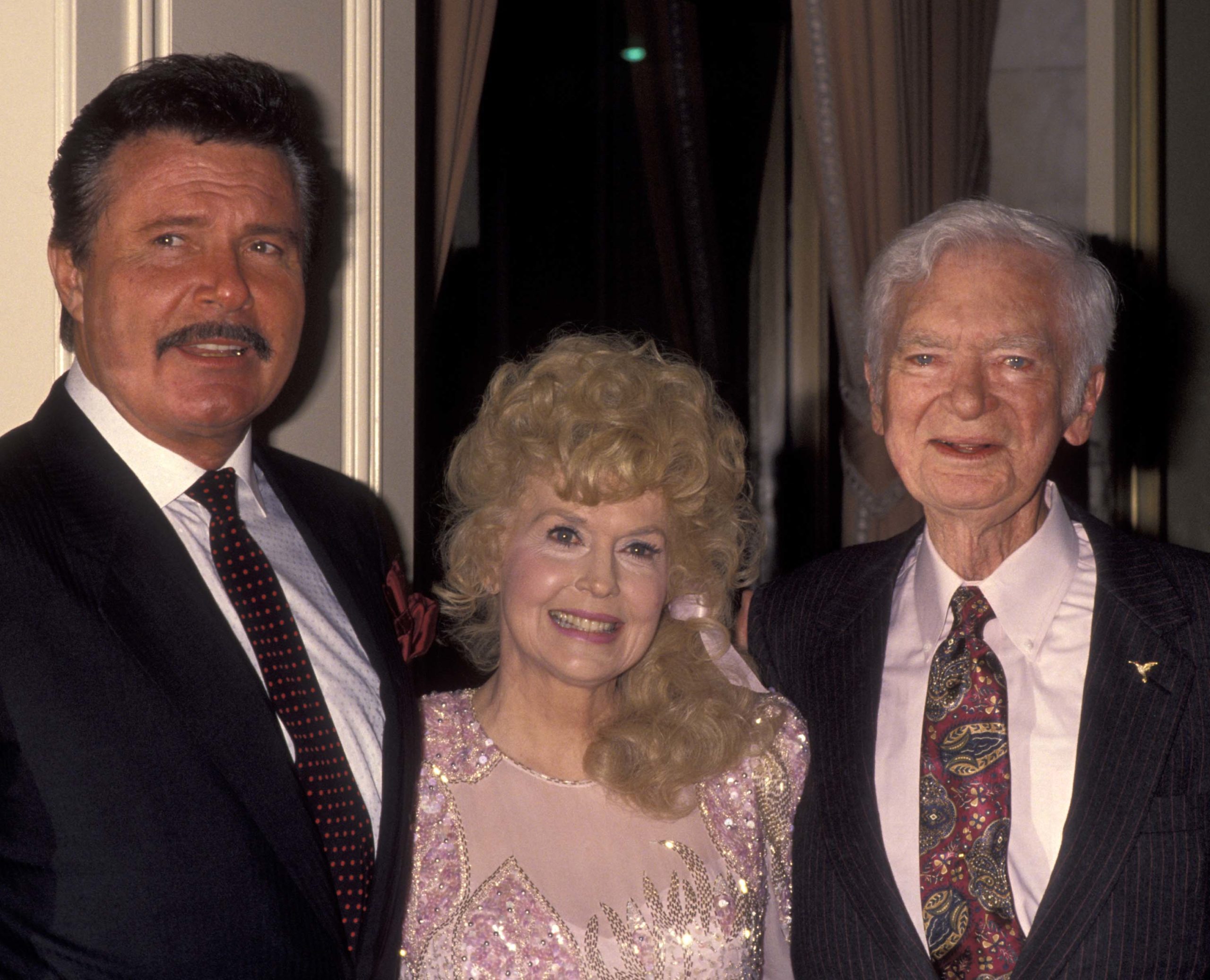 “He gave me a hard time then and still does. But we all were like a family. Max could complain about any one of us (for whatever reason), but do not let someone else say something about one of us. Boy — would Max really let that person have it. He’d defend us just like with a real family member.”

Donna Douglas – who starred as Elly May on The Beverly Hillbillies – passed away in 2015, aged 82, leaving Baer the only surviving cast member of the show. Even though it was a very tough time, Buddy Ebsen’s passing struck Baer the hardest.

In 2003, Buddy Ebsen – who starred as Jed Clampett – passed away at the age of 95. It was a very tough blow for Bear. Days before Ebsen died, his wife Dorothy called Baer to say that the end was near.

Alongside his television cousin, Donna Douglas, he rushed to the hospital where Ebsen was treated.

“I tiptoed in,” Baer told The Courier-Journal in 2008. “Buddy was lying there with his eye shut and a catheter in him. I put my hand on his head, and he says, ‘Jethro.’ It was so sweet.”

The moment at the hospital was the last time he saw Ebdsen alive – and a memory that they forever were a part of a very appreciated, loved, and legendary show.

One might think that Bear would have a pile of offers waiting for him after his performance in The Beverly Hillbillies. But it was the complete opposite.

One of the problems was that producers only saw him as Jethro and not Baer. Nevertheless, he managed to get guest appearances on several shows like Love, Fantasy Island, and Murder, She Wrote.

Instead of taking on small projects and TV shows, he decided to go his own path, producing and directing. They might not have been movies meant for the Academy Awards, but he put food on the table.

The movie reportedly cost $225,000 to make. However, it became a more significant success than anyone could’ve ever imagined. According to IMDB, it was the single most profitable indie film of 1974, earning $18.8 million in North America and over $30 million worldwide.

It also inspired the sequel Return to Macon County (1975).

Max Baer Jr. made a fortune on his movies. And it soon led the actor, writer, and producer into becoming a businessman.

Over the last 20 years, Max Baer also tried his luck in the casino business. The Vegas Advisor reported that the casino opened in Las Vegas devoted to the sitcom named Beverly Hillbillies Gambler Casino. However, just years later, he sold it to new owners.

According to an Arizona Republic article, his wife sued for divorce the year before. Hill – who worked as a flying instructor – asked for “reasonable” alimony and the division of community property from Max in the settlement.

Baer never re-married after things ended with Hill in the early 1970s. Also, he never had children – and he says it was all because of his father’s affection.

“I never had any kids because I don’t think I could have been the father that my father was to me,” Baer explained in an interview with Fore Magazine in 2017.

Baer dated Chere Rhodes, a 30-year-old model from California, following several relationships. Their relationship continued until a tragedy happened in January of 2008 in Carson City, Nevada. Chere was shot in the chest, and following a police investigation, and according to authorities, she took her own life.

Baer had to fight his way into the Hollywood spotlight. In 1963, he spoke about his future, a quote that truly showed what he went through in the years that followed.

“We Baers never wound up exactly the way we hoped we would. My grandfather always wanted to be a prizefighter, but he became a butcher. He did win a slaughtering championship once,” Baer said, according to Closer. “Dad had hoped to become an actor and, as everyone knows, he became a boxer. I wanted to be a lawyer, and here I am, acting. The show has done a lot for my career. The exposure will help ensure work for me in the future, too. And someday, I hope to prove I can play something besides a hillbilly.”

Max Baer Jr. will forever be remembered for his role as Jethro on The Beverly Hillbillies. Please, share this article on Facebook with friends and family if you also enjoyed the show!